An old old man and an old old woman who have been married for ages have lived on an island for years. The Old Man could have made his mark on the world and been a great thinker, philosopher, even a scholar, however he hasn’t been able to articulate his great words of wisdom even though they are on the tip of his tongue. But tonight, he is taking the plunge!

Tonight is the night when a famous Orator has been hired to speak the Old Man’s incredible message. The finest audience you can imagine has been invited to listen – the property owners, the scholars, the celebs, the dna, the uda, the ira, the bankers, the shrinks and the pop stars… It will be a big crowd and they’ll need somewhere to sit so the old Woman starts to set out the chairs… 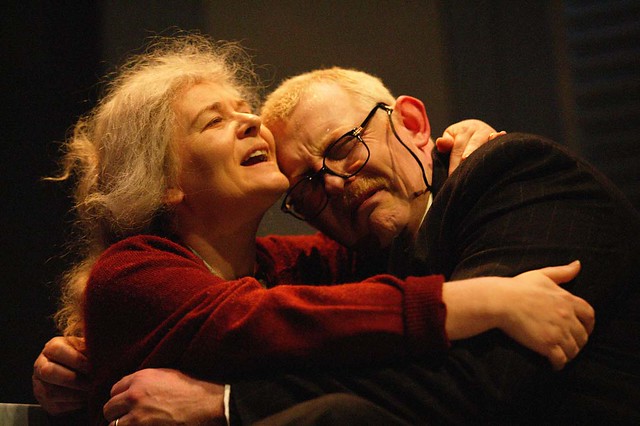 Performance on Rooftops in Rotterdam