Co-writers of The History of the Troubles Accordin to my Da – and responsible for a string of hilarious hits at the Lyric and around the country – the hugely popular comic duo Grimes and McKee have now written their first full-length play for Tinderbox Theatre Company.

Mel is scared.  His life is passing him by and suddenly he’s lost the ability to ignore it. Somehow he has ended up in a job he hates, with a woman he likes, who doesn’t know he exists.  And he doesn’t seem able to get out of the bar for long enough to do anything about it… 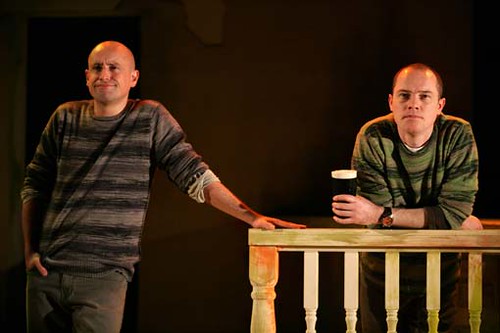