A Tinderbox and Solas Nua co-production.

Sandra Richardson is preparing to take her seat on the first day of the new Truth and Reconciliation Committee in Northern Ireland when her long-lost sister Teeni explodes into the chamber and assaults the South African chairwoman Dikeledi Mashiane.

To find out if this is a terrorist plot or just her sister’s way of announcing her return to Belfast, Sandra bundles Teeni into a disused room hidden along the corridors of power.

With the world’s press and Stormont’s security officers waiting to invade, Sandra and Teeni must learn very quickly how to talk to each other. They need to relive the violence that shattered their family. But first they have to agree what the truth is. And who has the right to tell it.

David Ireland’s darkly comic play about building peace in Northern Ireland is a brilliant exploration of why it’s taken us so long to hear each other’s truth.

Tinderbox has been collaborating with Solas Nua in Washington DC since 2007. Their co-production of Owen McCafferty’s Scenes from the Big Picture was nominated for a prestigious Helen Hayes award and named by the Washington Post as one of DC’s top ten shows of the decade. The two companies then performed Swing State Cabaret– a political satire by David Ireland, Abbie Spallen, Kris Halpin and John Clancy – in Belfast and Washington on the night of the US Presidential Elections in 2008. Solas Nua staged a highly successful season of eleven rehearsed readings of Tinderbox plays during 2009, culminating in Stewart Ennis’s performance of The Virgin Father by Jimmy MacAleavey in September. The co-production of Everything Between Us by David Ireland has been made possible by the support of Arts Council of Northern Ireland. 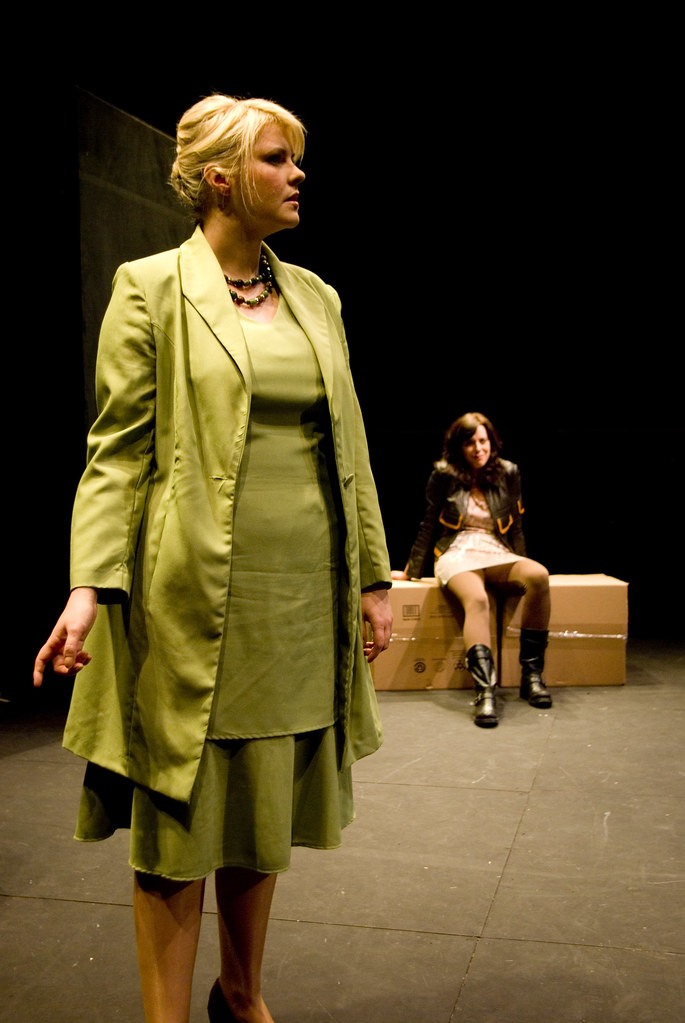